Friends of McNeil River is a diverse bunch – doctors, dentists, lawyers, writers, photographers, biologists, guides, teachers, pilots, and just plain outdoor enthusiasts. They all have something in common: they are concerned about the welfare of Alaska’s world famous McNeil River State Game Sanctuary and its magnificent Brown Bears.

Friends of McNeil River’s primary purpose is the preservation of the sanctuary’s bears and their habitat and to have a voice in its future. 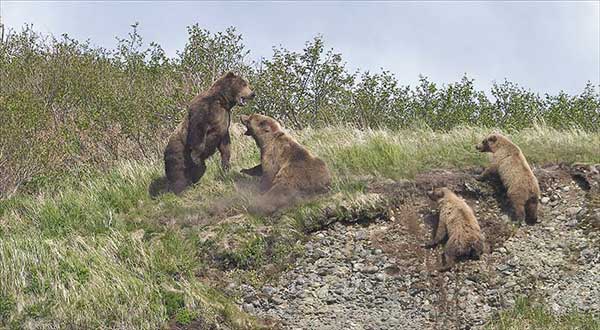 McNeil is special to them because most have been privileged to walk among the “people neutral” bears that make it so unique. Each person who visits comes away with a new understanding of brown bears. They know that McNeil River sanctuary has done more to educate the world about brown bears than any other single thing – it is a gift and a treasure beyond value.

In our ever shrinking world, even the wildest places need protection from the heavy hand of man. As remote as McNeil River seems, it is not free from the threat of development, habitat destruction, well-meaning but poorly designed “enhancement” projects, and noise pollution. Friends of McNeil River was formed to address some of these problems.

Its primary purpose is the preservation of the sanctuary’s bears and their habitat. We would also like to have a voice in its future.

McNeil River bears through the eyes of Bruce Faanes

McNeil River State Game Sanctuary is an outgrowth of conservation efforts that began in 1955 when part of the drainage was closed to bear hunting. The closure was deemed necessary to protect extraordinary concentrations of coastal brown bears that gathered at McNeil Falls to feed on salmon. Twelve years later, the State of Alaska further protected the area by designating it sanctuary. 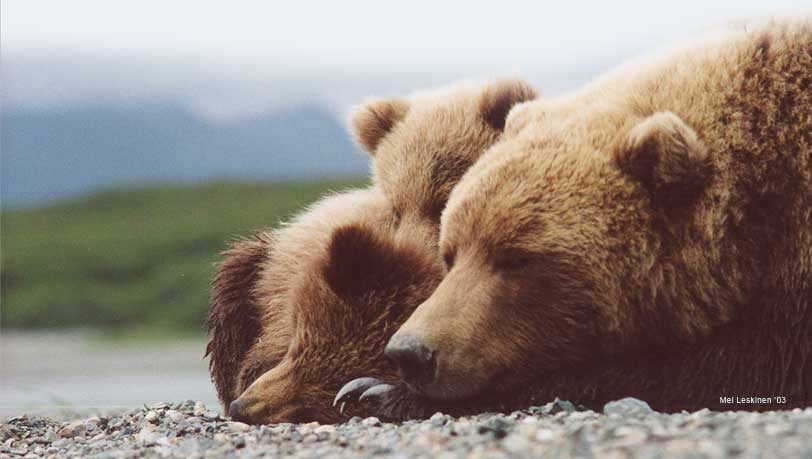 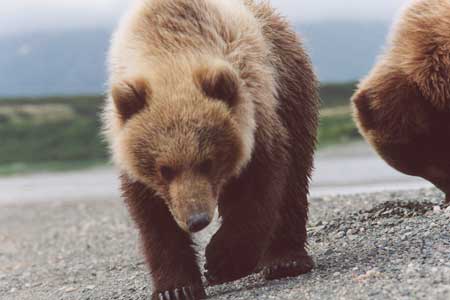 In the early 1970’s, the area’s fame had grown. Heavy visitation spurred managers to institute a controlled access system in 1973. Based on special permits awarded by lottery, the system limits the number of visitors to ten a day during June, July and August, the peak of seasonal bear activity.

During the past two decades, the bears of McNeil River have learned to tolerate the close presence of humans. Their accepting nature has allowed many visitors a special look at the life of Alaska’s great bear, and given them insight in to bear behavior.

Friends of McNeil River formed in 1989 when it became known that a fish ladder was planned for construction in the Paint River area, just 3 miles from McNeil Falls. This fish ladder would put all five species of salmon into a river system that until then had been sterile. To maintain this salmon run would require that more than 500,000 salmon be allowed into the Paint River to spawn and die. Since the McNeil Rivers escapement was only 40-50,000 fish it was feared that the bears would be drawn away from McNeil Falls and be in the Paint River system during bear hunting season.

Friends found that the analysis of the fish ladder had not addressed impacts to the bears at McNeil and a law suit was filed. The law suit increased public awareness of the concerns and led to legislation that expanded the McNeil River State Game Sanctuary and established a 160,000 acre McNeil River State Game Refuge. Unfortunately, the legislation did not close the refuge to hunting, leaving that decision to the Board of Game. 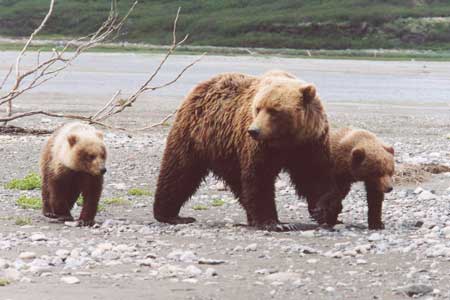 From 1990 to 1994 Friends lobbied the Board to close the area to hunting. Because of these efforts and the public concern that hunting pressures were increasing and that bears were being over hunted, the Board established a permit system to control hunting pressure. They directed the Department of Fish and Game to issue permits adequate to allow three bears a year to be taken from the hunting unity that contained the Refuge.

The first drawing for permits to hunt the area was scheduled for 1995, with permits issued for Fall 1995 and Spring 1996. Friends decided to ask supporters of the McNeil River bears to apply for the permits and if drawn, just stay home. More than 12,000 newsletters describing this “flood the hunt campaign” were sent out and various other groups announced it in their newsletters.

CBS News, correspondent John Blackstone, became aware of the issue and came to Alaska to investigate. He developed an EYE ON AMERICA special for Dan Rather showing how the group, led by a hunter, had recognized the special value of these bears and were conducting the campaign.

The campaign was very successful, with more than 2,000 people applying for the hunt that normally would have generated only 50-100 applicants. Friends supporters obtained six of the eight permits issued in the drawing and John Blackstone produced a second piece for EYE ON AMERICA.

Friends continued their lobbying to the Board of Game by submitting proposals to close bear hunting which were reviewed during the October 1995 and March 1996 Board of Game meetings. Members and supporters flooded the Board with requests to close the area to hunting and by a four to three vote, the area was closed to hunting at the October 1995 meeting. 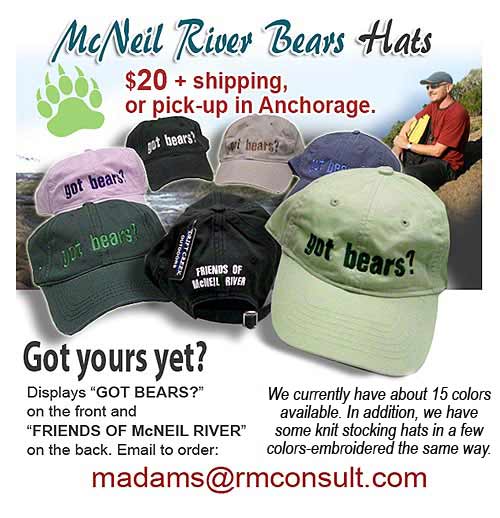