At the Auditorium within the Anchorage Museum and the Rasmuson Center
Enter through the center doors at 7th Avenue, between A & C Street

Free and open to the Public 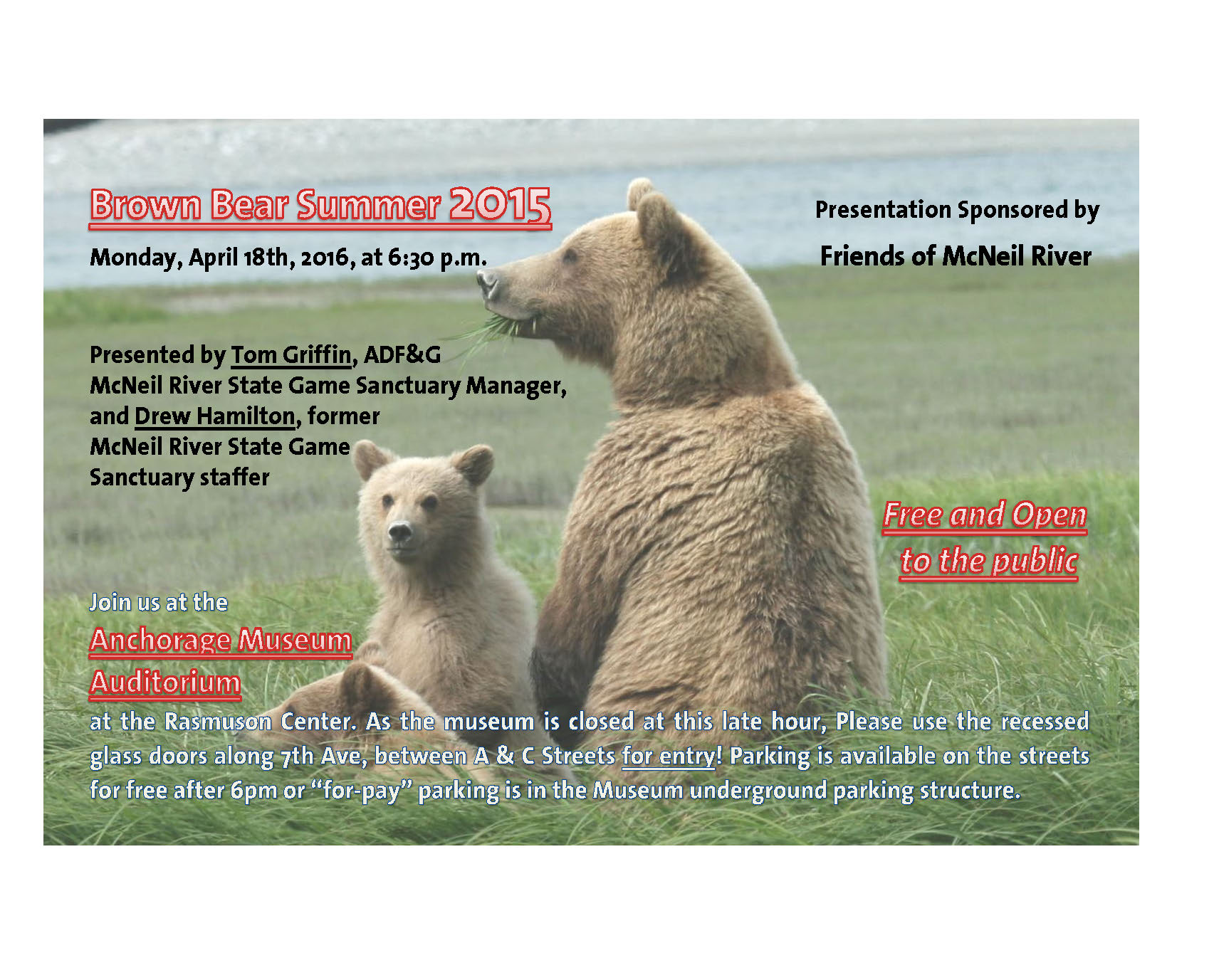 Read more news in the Newsletter 2016 in PDF format

The “River of Bears”.

Many of you had an opportunity to see the RIVER OF BEARS this past two winters at the UAA Planetarium in Anchorage and last summer in the Anchorage Museum’s Planetarium, but for those that couldn’t because they live on other parts of the globe and are still enthusiastic about the McNeil River of Bears please read below:

RIVER OF BEARS is a stunning visual exploration of the McNeil River bears and the viewing program that has made McNeil one of the best wildlife watching experiences in the world.  Produced by the University of Alaska Anchorage and Open Lens Productions, the film has been a huge hit at the UAA Planetarium and the Anchorage museum.  But because the film could only previously be shown on a planetarium screen, it has now been converted to a DVD which currently available to a wide audience.  Read more below 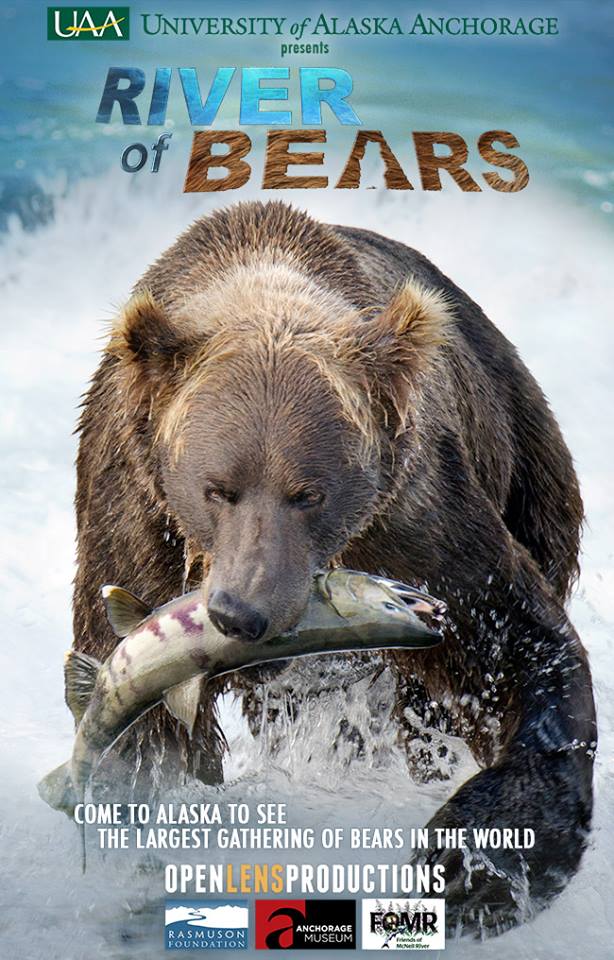 To make RIVER OF BEARS widely available to fans of McNeil River and bear aficionados all over the world, Open Lens Productions has transformed the planetarium film into a DVD version.  This transformation from the fulldome (planetarium) format to a regular screen was a complicated and expensive production.  But we feel strongly that wildlife films like this are a great way to help people understand why it is important to preserve and protect special places like McNeil. We really appreciated everyone’s help in helping fund this endeavor.

Consdier purchasing this DVD (with spectacular footage of the McNeil bears) at either Friends of McNeil River website or Open Lens Productions website. Jonathan Van Ballenberghe was extremely generous in donating to FOMR 200 copies of the RIVER OF BEARS DVD for funding additional future protection of the brown bears of McNeil River. 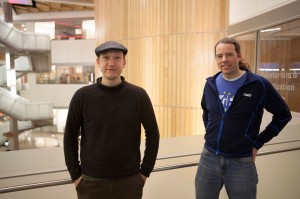 Friends of McNeil River is proud to have provided a financial grant to assist in the educational production of the Planetarium version of the River of Bears. We hope you get a chance to view it and can help us make it available to a larger audience. Thank you.

If you are lucky enough to get a permit, the McNeil River Sanctuary in Southwest Alaska offers an opportunity to safely get up close and personal with the largest congregation of brown bears in the world. Read more >>

“McNeil has a lottery system and at its peak, the odds are about 1 in 10 for getting in,” says Rector. “So there are a lot of people who want to go, but don’t get to go. What our planetarium can do is give you an immersive video experience and the sensation of being there.”